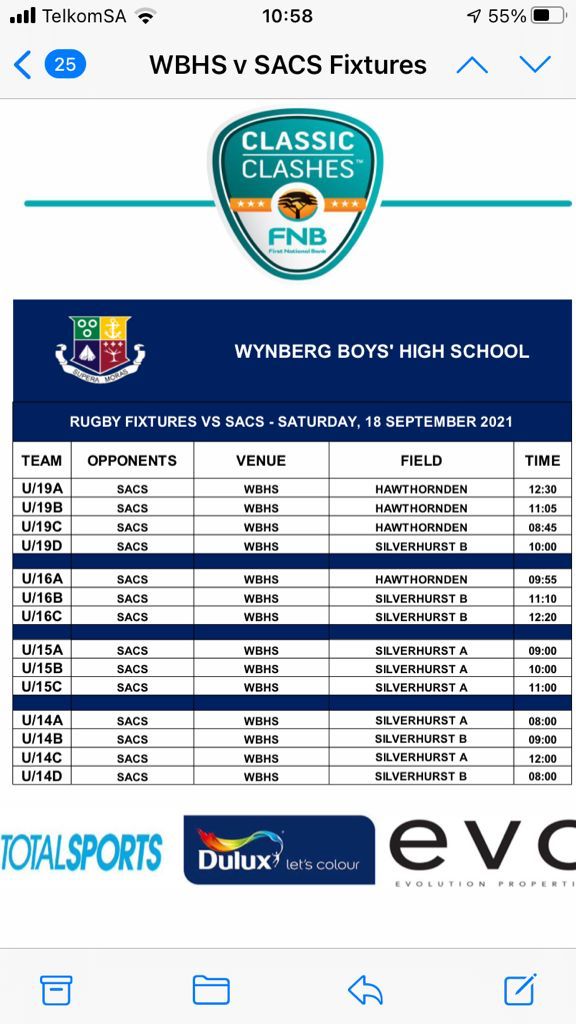 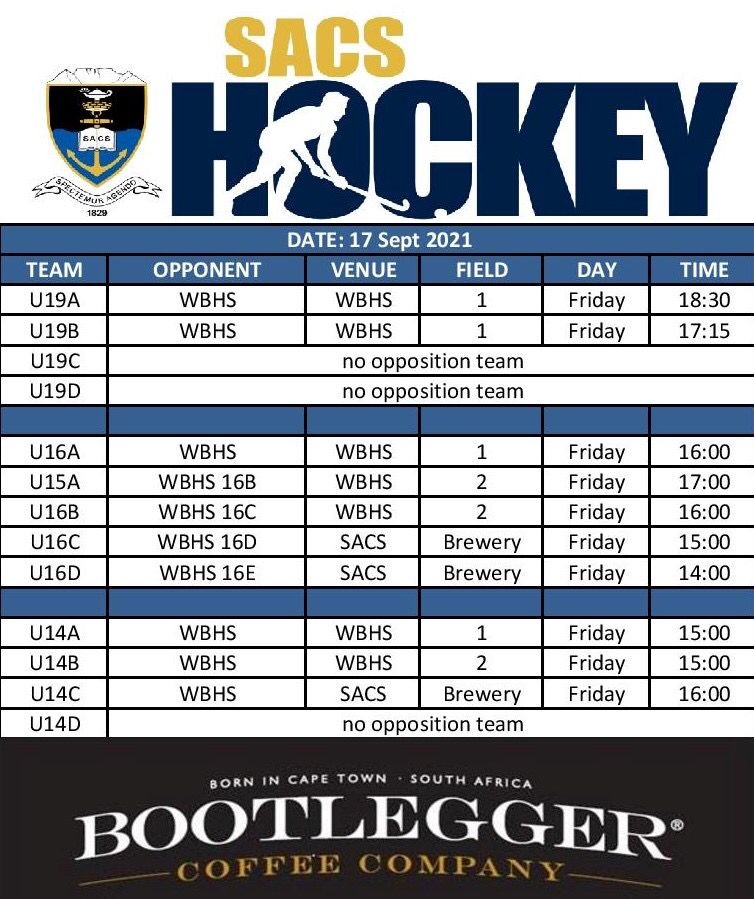 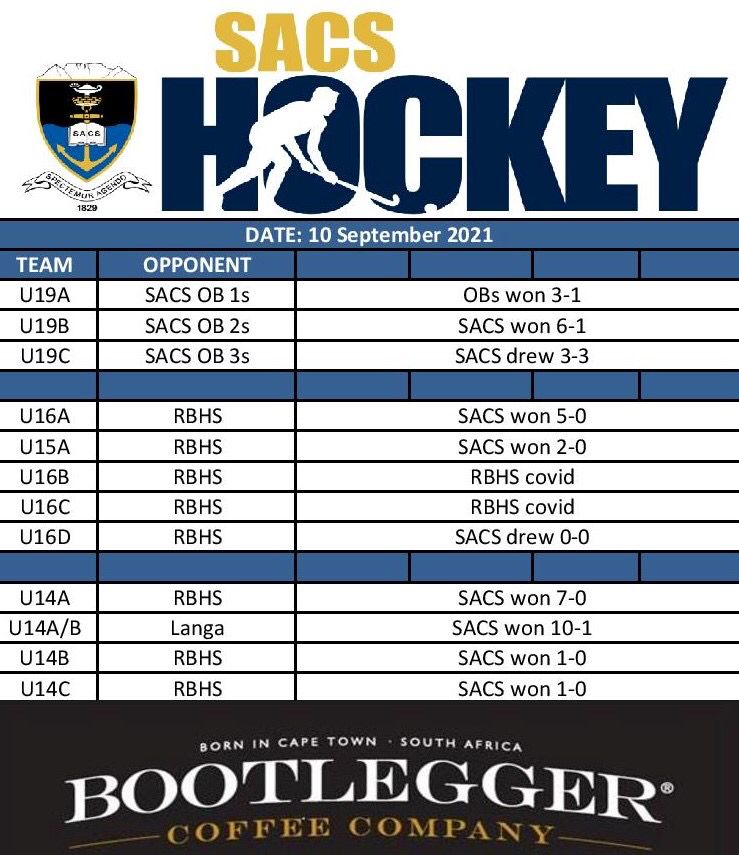 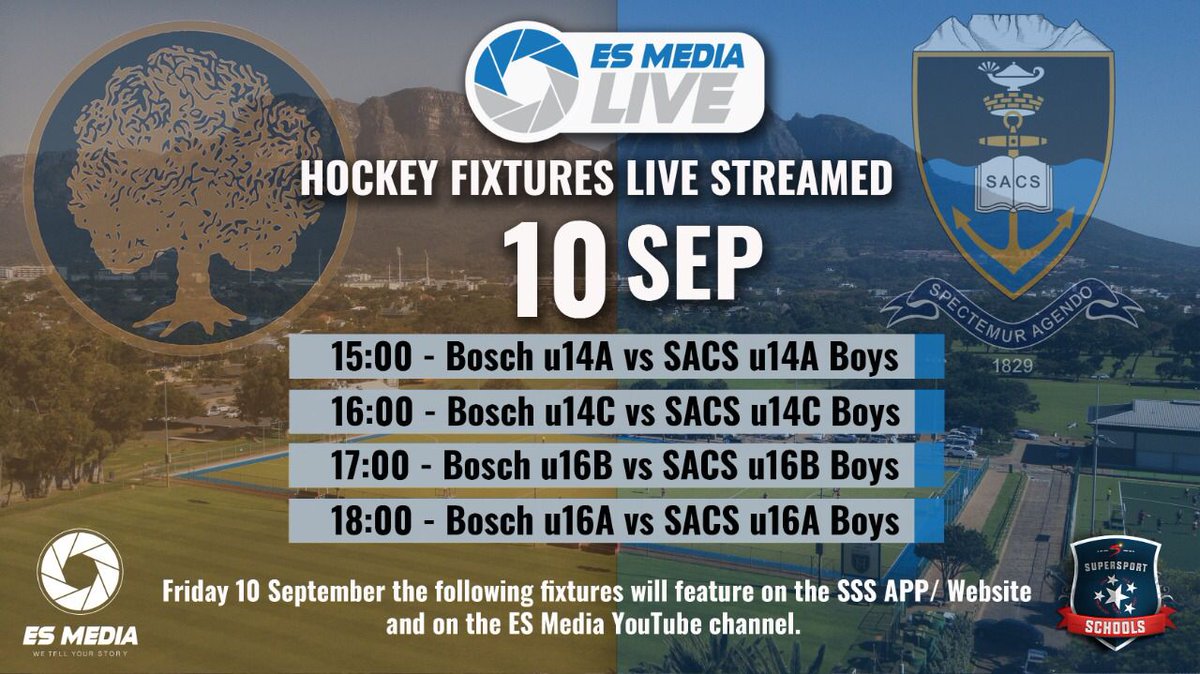 SACS04/05/2021 at 10:17am
Please subscribe to our YouTube Rugby Channel to be able to stream the rugby games on Saturday - SACS RugbyTV
We will post the links later in the week.
https://youtube.com/channel/UCQ6w-kiMJqLltBncSTmmo5w

Doctor Derrick Wagenfeld, it is with great pride that your Alma Mater, the South African College Schools, presents you with the SPECTEMUR AGENDO AWARD FOR 2006, for your outstanding contribution to medicine.

Born in Postmasburg in the Northern Cape, you arrived at SACS in Grade 9 as a boarder, fully immersing yourself in the programme the school had to offer. In your final year, you were made a Rosedale and School Prefect, represented the 1st X1 cricket, was awarded the Mathematics prize and Best Debater Cup and having just turned 16 years old, matriculated with a First Class pass.

In 1969 you graduated from the University of Cape Town, M.B.Ch.B and then decided to specialize in Ear, Nose and Throat and Head and Neck surgery, training under professional Head, Carel du Toit at the Tygerberg Hospital. In 1976 you were made a Fellow of the South African College of Surgeons and the following year were awarded the Master of Medicine Degree (Laryngology and Otology) from Stellenbosch University. In 1978 you were awarded a prestigious Research Fellowship at the University of Toronto in Canada.

In 1982, at the age of 35 you became the youngest occupant of an ENT chair, appointed as Professor and Chairman of the ENT Department at Tygerberg Hospital, University of Stellenbosch, recognised as the top otology unit in the country. It was under your Professorship and leadership that Tygerberg was chosen as the academic hospital to introduce cochlear implant surgery into South Africa. This delicate and technically advanced medical intervention, which also requires a dedicated and experienced rehabilitation team, was pioneered by you and has profoundly changed the lives of countless children who are born deaf as well as the lives of adults who have hearing dysfunction.

You have also nurtured, guided and motivated hundreds of students to academic prominence and have trained many Cochlear Implant surgeons all over South Africa. Your warm, friendly and caring disposition, coupled with a wonderful sense of humour make you enormously popular with all of whom you come into contact, whether professionally or on the golf course.

In addition to your highly successful private practice, you are currently the President of the South African Society of Ear, Nose and Throat and Head and Neck surgery. You have published extensively in numerous Medical Journals as well as being guest editor of the South African Medical Association’s Continuing Medical Education Journal.

Doctor Wagenfeld, your medical eminence throughout the world has seen you being invited as guest speaker to World Congresses in Istanbul, Sydney, Rome and Birmingham. As the first doctor to carry out a successful Cochlear Implant in South Africa, you have not only broadened the medical boundaries in our country but have brought new hope to many who have been unable to hear.

Tonight your alma mater is proud to honour you for your outstanding achievements in medicine. The South African College Schools proudly bestows upon you the ‘Spectemur Agendo’ Award – ‘Let us be judged by our deeds’.

SACS04/05/2021 at 5:08am
Another classroom refurbishment completed.
View on Facebook

SACS27/04/2021 at 3:39pm
SACS Grade 9 pupils, Matthew Barratt and Slade Castle-Pearce, helped out students and staff this past weekend in the salvaging of material from our Jagger Library at UCT. The task involved offloading crates that were used to store salvaged items saved catalogued and, for safe storage in the Immelman Study Area. We are very proud of the boys for volunteering and appreciating the heritage that was salvaged this weekend. They were also witness to the damage the fire caused and the generosity of the community in coming together.