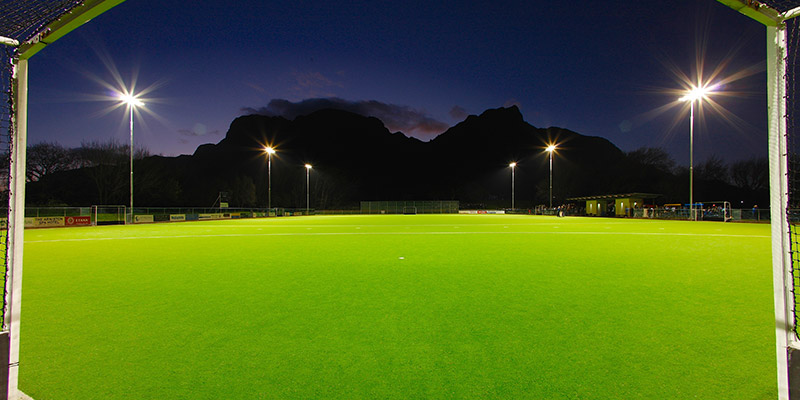 It is our mission to produce competitive, skilful and dedicated hockey players with a real passion for the game. We aim to create an environment in which our players are enthusiastic and play a positive brand of hockey. We offer coaches of the highest calibre that impart their knowledge in a positive way, paving the way to excellence and life-long enjoyment of the sport which will also develop a true sense of team and sportsmanship in all our hockey players. We aim to be the number one choice of school for hockey in Cape Town. We encourage a longevity in hockey beyond school playing and believe playing is part of an all-round education.

With the addition of flood lights in 2014 the main fixtures are played on Friday evenings. This gives a great atmosphere to the ‘Friday Night Lights’ home games, with hundreds of supporters having wonderful views of the games from the natural banking that surrounds the pitch. Our games are often streamed live via the internet.

Our teams have 3 structured and tailored training sessions per week, with the addition of a video analysis session to review the games that players have participated in. SACS offers its players a hockey specific strength and conditioning program as well as high performance training and hockey camps. All practices are monitored to be at a high intensity to replicate the demands that our players would face in fixtures. Teams from U19, U16 and U14 age groups (including ‘B’ teams) tour around the country annually at the top festivals that SA offers and the 1st team also participate in the Cape Town International Schools hockey festival every July (winners 2019).

SACS is regularly ranked as one of the very best hockey schools, both provincially and nationally, and we have been for a number of years. We regularly have many school boy representatives at national, provincial and zonal levels. Many SACS Old boys go on to play in the highest men’s leagues in Western Province and represent Western Province, which reflects the good practice and enjoyment we instil of the game in our players.

SACS hockey is proud to be one of the very best schools for hockey nationally. The policies and coaching ensures that the standards are always being raised and are pushing the boundaries with innovative techniques and tactics.